Heard of Warren Buffett? You probably have. You might not really know much about him, but that’s ok. World’s most famous investor. World’s greatest investor. Take your pick. He’s reasonably well known and has been reasonably successful, to put it mildly.

When Warren speaks, people listen. He was born in 1930 and he’s still at it. That’s why people listen. He’s been successful for decades and accumulated a lot of wisdom. Warren’s quotes have become legendary and a particularly useful guide for investors.

But there’s a problem with Warren’s quotes – they’re intelligent and they make a lot of sense in the right context. They’re also used and abused in the wrong context and it’s usually the unscrupulous who are happy to misappropriate them. You can often find them used as shorthand in other investment scenarios where they have no business being used.

What do we mean?

Warren Buffett doesn’t invest in off the plan apartment developments on the Gold Coast. Go to a property spruiker’s seminar and inevitably Warren’s face and one of his quotes will flash up on a slide as a spruiker’s silver tongue weaves a tale about focusing on the long term. And that’s a situation where the long term truly matters. When you’ve bought a dodgy off the plan apartment it might take 15 years to break even on the fees the spruiker has loaded on top. 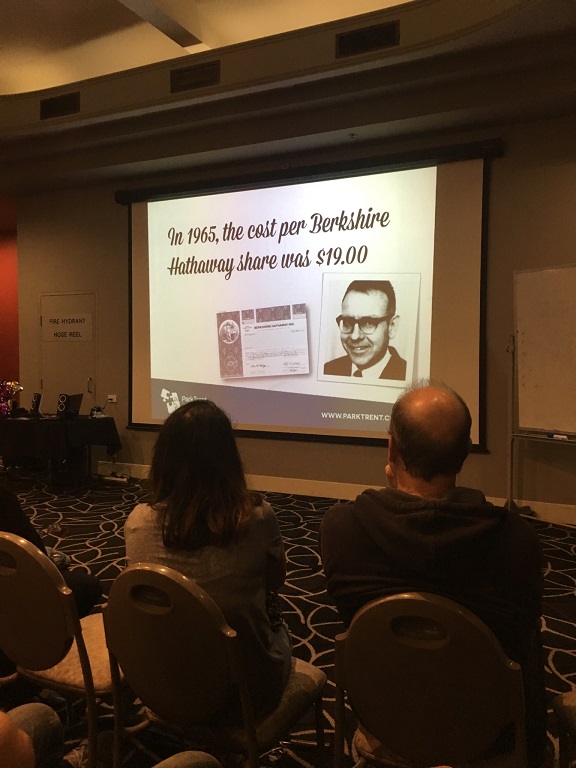 Nor does Warren Buffett dabble in speculative stocks. Somewhere on the internet right now there’s someone quoting Warren Buffett because their favourite spec stock has fallen 50% after a bad announcement. They’re frustrated about the market’s “lack of patience” and they’re telling all and sundry that the stock they’ve fallen in love with now represents opportunity after losing half its value.

Not exactly a spec stock, but this was posted on a stock forum last year about AMP.

Warren Buffett says ” Price is what you pay. Value is what you get “. In other words, don’t focus on short-term swings in price, focus on the intrinsic value of your investment. AMP is still a great company despite the recent fallout. I think the bottom is near and $3.10 is a solid support level.

Nine months on and AMP sits at $2.09, facing multiple class action lawsuits which were as obvious nine months ago as they are real now. There were serious questions about AMP’s value. Pay the price of $3.10 and $2.09 is the value an investor got.

Another one often rolled out is Warren’s take on the buy and hold idea, “only buy something that you’d be perfectly happy to hold if the market shut down for 10 years.”

This one makes good sense if you’re in for the long term with a solid investment philosophy and a portfolio full of quality assets. However, this quote can be found endlessly used on penny stock forums where volatility is extreme, company lifespans are often shorter than a decade and the investors are checking in on a daily basis. Misappropriating the quote helps them sooth the stress from the volatility they’re experiencing.

This one is useful when markets have taken their yearly dive. It makes good sense if you’re in for the long term and are buying quality assets because let’s face it, if capitalism keeps working, an investor should eventually be rewarded. Yet again though, this one will be used by people trying to convince themselves (and others) to double down on bad stocks with terrible prospects that other investors are rightly fearful of.

Risk comes from not knowing what you’re doing.

Not knowing what you’re doing can stem from overconfidence or lack of experience. It leads to speculation on assets that have no track record or using forecasts as a basis for investment.

Investors at the spruiker’s seminars or on the stock forums are often looking for that magical result or a short cut. Over the long term, including every crash and correction, it hasn’t been hard to achieve extraordinary results. The average annual return for a 60/40 portfolio over the last 25 years is 7.86%. That turns fifty grand into $330 grand, but the hardest part was doing nothing or avoiding the nonsense out there, bringing us to another rarely used, but important quote:

Investment results will be more about behaviour than most other factors.

Many investors can’t sit still. A year of poor returns has them digging around for alternatives. They chase returns and end up pocketing much less than they should. Once an investor has settled on something robust, it becomes a test if they can stick with it, so they can achieve their goals.

Next time you see a Warren Buffett quote randomly used, ask yourself, “is that really what Warren was intending to convey?”

Odds are it probably wasn’t.